Last Saturday Cecil ate the foam from the sofa slip cover (kind of like pool noodle, only smaller). Then he vomited it up. I thought it was all of it. Sunday he was fine and dandy. Monday he was throwing up his food, but acting normal. Tuesday he was slightly worse so I took him to the vet. They said "lets wait and see" because he was still eating and still a happy little kitty. This morning, not so much. Over 24 hours without a bowel movement (I'd wager closer to 48 hours), more vomit, and not interested in food whatsoever. So I whisked him off to the vet once again today.

The x-rays show he's all plugged up.

So he's there now, on pain meds, waiting to have an enema - I'm glad I don't have to be the one to do that - and hoping everything clears out so he won't need surgery. 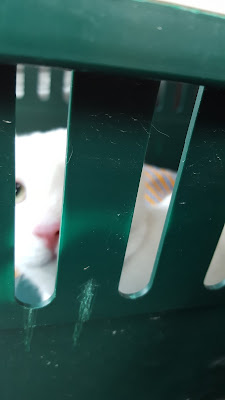 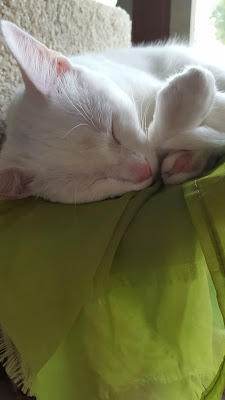 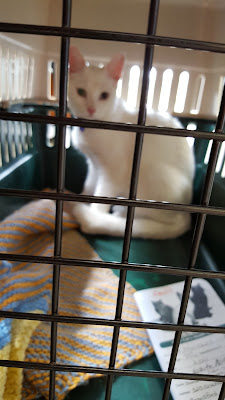